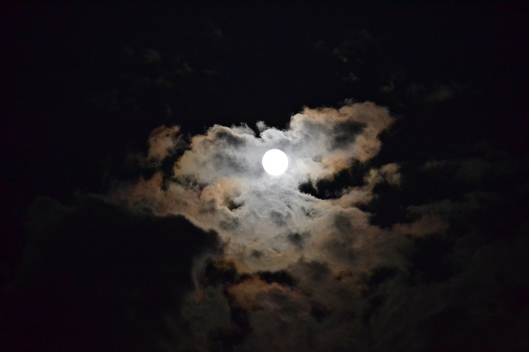 Full Moon Water Blessings are now a part of my monthly practice which I have committed to as Riverman. Mostly I work with rivers, yet all water is sacred to me as I have reconnected to it in a spiritual manner and at a deeper level than I could ever have imagined.

During this Full Moon evening there was a group telephone call where I joined in heart resonance with others along the shoreline of the Fox River in Illinois.

The next day I was at Lake Winnipesaukee in New Hampshire where I did a Water Blessing ceremony and placed crystals in the water near Diamond Island. As I was on the back of a Jet Ski to place them, the driver told me a story… that where I wanted to place the first crystal the US Navy conducted secret experiments in the early 1950’s. One of those later developed into what we now take for granted as laser technology.

I am always guided to place crystals in the water for healing, cleaning and clearing.
So who really knows what happened there!

On the next day my very dear friend Tina and I went to Bless a river that I had asked her to choose.
She chose the Royal River in Yarmouth Maine, which was named after an early European settler and because of the rapid current and falls it became a Mill River in the 1700-1800’s.

The picture above was our first glimpse as we approached the amazing roar that spoke of its history and joy to be free at this spot, where from 1865 to 1923 the Forest Paper Company that turned 10’s of thousands of cords of wood into soda pulp.

Today a there is a beautiful park where the ducks and geese can live in balance with nature once again. Only some brick and stone remnants of the buildings and waterways are visible as the whole complex burned to the ground in 1923.

And then the Dragonfly appears…
The dragonfly lives most of its early life in water as a nymph. Then one day it finds a plant and climbs out of the water knowing air and sunlight for the first time.

A new life begins as it becomes a creature of the air in a body of which it had no previous awareness… a perfect transmutation of form and function.

This particular Dragonfly landed on my left hand as I was opening the field of resonance for the River Blessing we were about to do.

Calling on the Four Directions, the Elementals and many others and asking permission to perform this blessing I felt it land. I asked Tina to take a look as she was now standing a little to the left and in front to me without stopping my invocation.
The Dragonfly remained there throughout it all as if confirming that our intentions were well received.

I feel the Dragonfly was blessing the waters within Tina and I in a  divine synchronicity, saying Thank You for coming to our river home.

Thank You Tina, for taking these pictures which will memorialize this day for both of us, as one in which we were perfectly aligned in purpose with all of Nature.

Two completely opened hearts uniting as One for the highest good of all.

From these rocks we stood and gave our Blessing and Clearing placing crystals in a Sacred Pattern so that the energy would remain and build its own field of Peace, Light and Love for the future water which will travel this along this way.

As a Council member of Loving Waters during the Full Moon we invite those who are able, to create or participate in a Water Blessing Ceremony expressing Gratitude.

Those Blessings that are public we place on our Calendar Page.

Visit our web page or find us on Facebook but most importantly show up at the waters and share your gratitude for we like the dragonflies began in water before we had new life in the air and sunshine.

2 thoughts on “Water Blessings and Dragonflies”