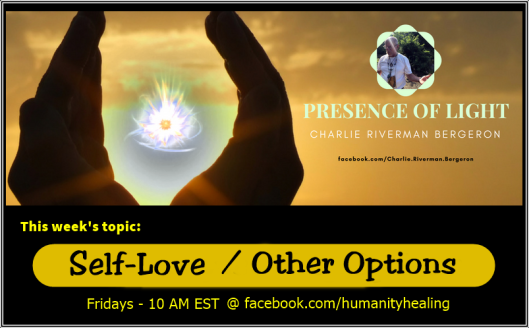 This mornings message is a reflection of this past week where everything seemed to be overwhelming at some level as well as confusing to deal with.

So let’s look at what is going on energetically… we just experienced the Opening Gates of 11:11 and a Full Moon.
There are many explanations for both of these common occurrences yet to understand them fully requires that we would have to observe them both from a place outside of our connection to their energy fields, remotely from another dimension of ourselves.

My first encounter of 11:11 was over 20 years ago as a number that would continually show up on clocks or license plates as a synchronistic if not intentional attention better.

I later found a deck of cards that simply explained it as a “consciousness trigger embedded deep within the collective consciousness of humanity” “a Cosmic wake up call” to fully embrace our wholeness and shed our false identities.

We commonly refer to it as a Gateway to connect to our Source…
so I encourage you all into looking it up if this is foreign to you.

This is brings me to the title of today’s talk which I feel is the key to easing some of the pain and confusion that is playing out in all our lives and keeping fear and anger in power over us.

The 11:11 Alignment Card by Zera Starchild of An, that I pulled was

SELF-LOVE
Self Love (Loving All Of Me)

SELF-LOVE has always been plainly visible within us even as children, yet somehow it was always challenged by the collective consciousness surrounding us and was frowned upon and labeled selfishness by all who thought of it as something to fear rather than embrace.

I began to wonder where in our evolutionary process we began to promote this idea and realized that when we chose separation over unity as species the issues of control began to arise in us all…
and in order to fully rule over someone that is sovereign
within themselves
the idea had to be seeded that the Self was an enemy
and We began this spiraling out of balance
to end up here and now with the Divine Mission of correcting it.

I read this card I felt as if Angels or some Higher part of myself self was saying YES Charlie… keep going!

My next thought was being guided to look up the word auto-correction as I sensed We are in a human phase of this process.

Its principal purpose is as part of the spell checker
!!!(HIGHER SELF)!!!
to correct common spelling or typing errors, saving time for the user.

It is also used to automatically format text or insert special characters by recognizing particular character usage, saving the user from having to use more tedious function”s.

So… just let that play in your minds…

WE ARE NOW Fully ENGAGED IN A PROCESS OF AUTO-CORRECTION assisted by SOURCE to SAVE US from further PAIN AND SUFFERING and to focus on UNIFICATION within ourselves first.

With all of our wisdom and ability to create so many powerful tools and objects we have sacrificed the most precious aspect of being a human… the truth and love for ourselves.

Are there any Options? … Of course there are.

We Deserve to live in Undeniable Truth and Compassion!!!

Most of the options we can consider are not in the best interest of the Sustainable Life of any life form let alone Humanity.

We have reached a point where we have become a commodity that is daily is bartered for and sold without regard or any solutions to the suffering that this collective human behavior is creating.

YES… WE ARE Creator Beings and the opportunity is happening NOW to stop re-imagining what can be done
and to RE-IMAGE ourselves
Loving Ourselves back into the Truth of Our Creator-ship.

Here is the Audio Replay

Below are the links to the Live Video Talk

Blessings of Peace, Light & Love to ALL
Charlie Riverman Bergeron

2 thoughts on “Self-Love – Other Options”